Tewantin Noosa Lions Club has committed to supporting the next generation with its latest project.

Introduced to the Club in mid-2022, the Children of Courage project recognises and celebrates the everyday bravery and courage of children between the ages of 5 and 15 living with disabilities.

With a focus on building self-esteem in children, recipients are nominated by community members, and all nominees are presented with gift cards for Rebel Sport at an awards ceremony.

Isaack Young was the first recipient of this award, nominated by his school for his achievement in sport. He was presented with his voucher in mid-December, which he intended to use to purchase a “special cap”. 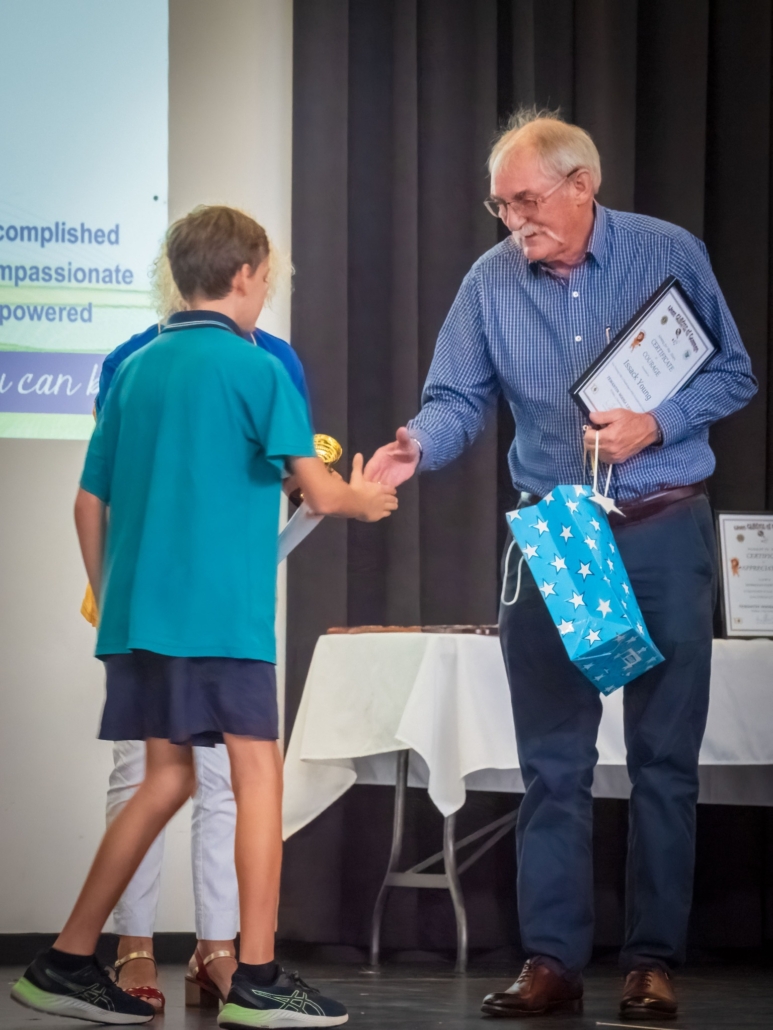 There are four categories that children can be nominated for; special needs, courageous acts or deeds, inspiring sporting achievement, and sibling recognition.

The Lions Children of Courage Awards originated in Western Australia in 1983 and is celebrating its 40th anniversary this year.

This project is ongoing and the Club is looking forward to continuing to support and celebrate the children in their community.

You can keep up to date with Tewantin Noosa Lions Club here.