When setting off on a recent camping trip, Calamvale Lions Club’s Alex and Amanda Harrison made sure to visit Lions Road, a longstanding project of Kyogle and Beaudesert Lions Clubs.

Located in the Border Ranges, the stretch of road forms a link between New South Wales and Queensland, and has done so since the 70s. 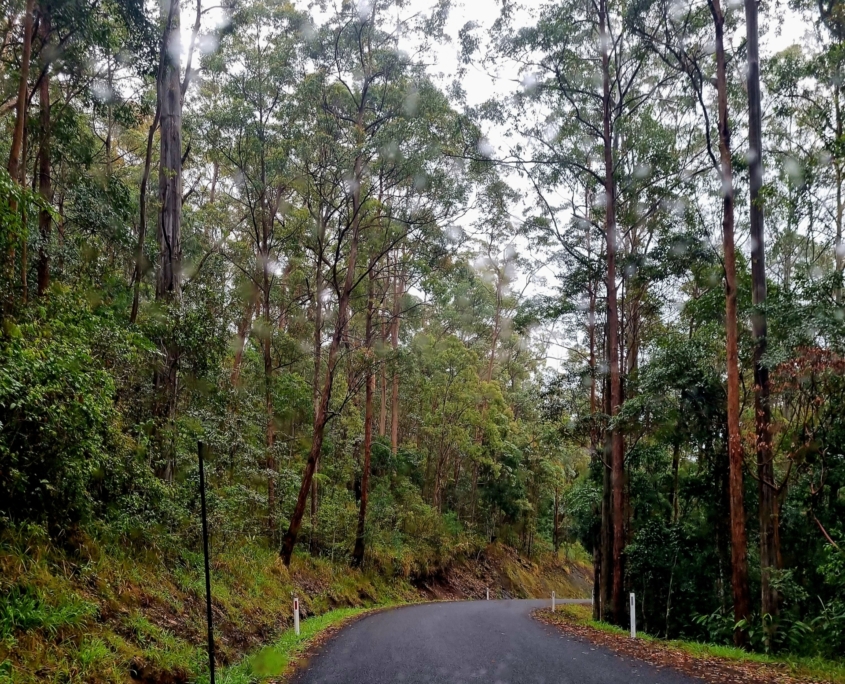 Locals had been calling for a cross-border road to be built since the 1930s, when the North Coast Railway traversed the rugged countryside.

In 1969, when the NSW Government rejected plans to begin construction of a new road, Kyogle Lions Club took on the project as their own.

Although initially mocked and scoffed at for having such a bold idea, Lions put in the hard yards, laying 56 sets of pipes, 12 cattle grids, and built 3 bridges to get the job done.

As the idea developed and gained more traction, Beaudesert Lions Club jumped on board to help see Lions Road realised. 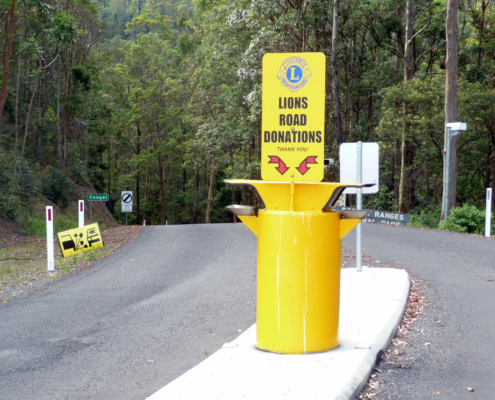 The donations box on the NSW border side 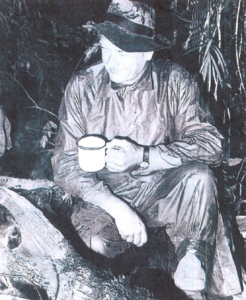 Officially opened in 1973, the unsealed road was welcomed by locals and tourists alike.

Jack Hurley, founder of Kyogle Lions Club, was instrumental in having the idea come to fruition, and went on to pen a book about it, Lions Road, in 2002.

Profits from the book were donated to Westpac Life Saving Rescue Helicopter, over $44,000.

Kyogle Lions Club continues to contribute funds towards the upkeep of the road, much of the money coming from motorists donating into the moneybox on the NSW border side.

Nowadays, the sealed Lions Road sees over 100,000 cars each year and is recognised as being one of the most scenic drives on Australia’s east coast.

The road will be celebrating its 50th anniversary next year, you can watch a short video the ABC made about Lions Road here.