It was a feeling of pride when Lion Maria van den Boogaard was presented with a Melvin Jones Fellowship at a 75th Anniversary event for Lions Australia last month.

The 101-year-old has been a member of the Lions Club of Hornsby since 2000, using her many crafty skills to help those in the community and beyond.

Maria makes shopping bags and beautiful crocheted doilies that have been admired around the world, helping to fundraise for women’s community shelters and education charities.

She has also worked closely with the Lions Stamp project which raises funds for the Australian Lions Children’s Mobility Foundation.

Not only is Maria a wonderful Lion, but also a wonderful woman who has led an extraordinary life – full of ups and downs, heartache and euphoria.

Born Maria Apolonia Francisca Broekhoven, on the 15th July 1921 in the Netherlands city of Rotterdam, she was the second child of 10 children, seven girls and three boys.

Her mother encouraged education, and it was at night school that Maria learned how to crochet.

She eventually graduated from high school (the H.B.S.b) and worked as a telephonist in the main Rotterdam Post Office, on the Coolsingel and took night classes in typing and shorthand in Dutch, English, French and German.

She subsequently became a teacher at night.

During this time, the Post Office Maria worked at was bombed. She walked to her grandmother’s home with bleeding feet through burning streets.

In 1948, she married Jan Hillege. As there was no housing after the war, they lived in an attic above her grandmother’s house in Rotterdam for three years.

Her husband, who had been living in hiding during the war to avoid being taken by the Germans, decided to search for new horizons. 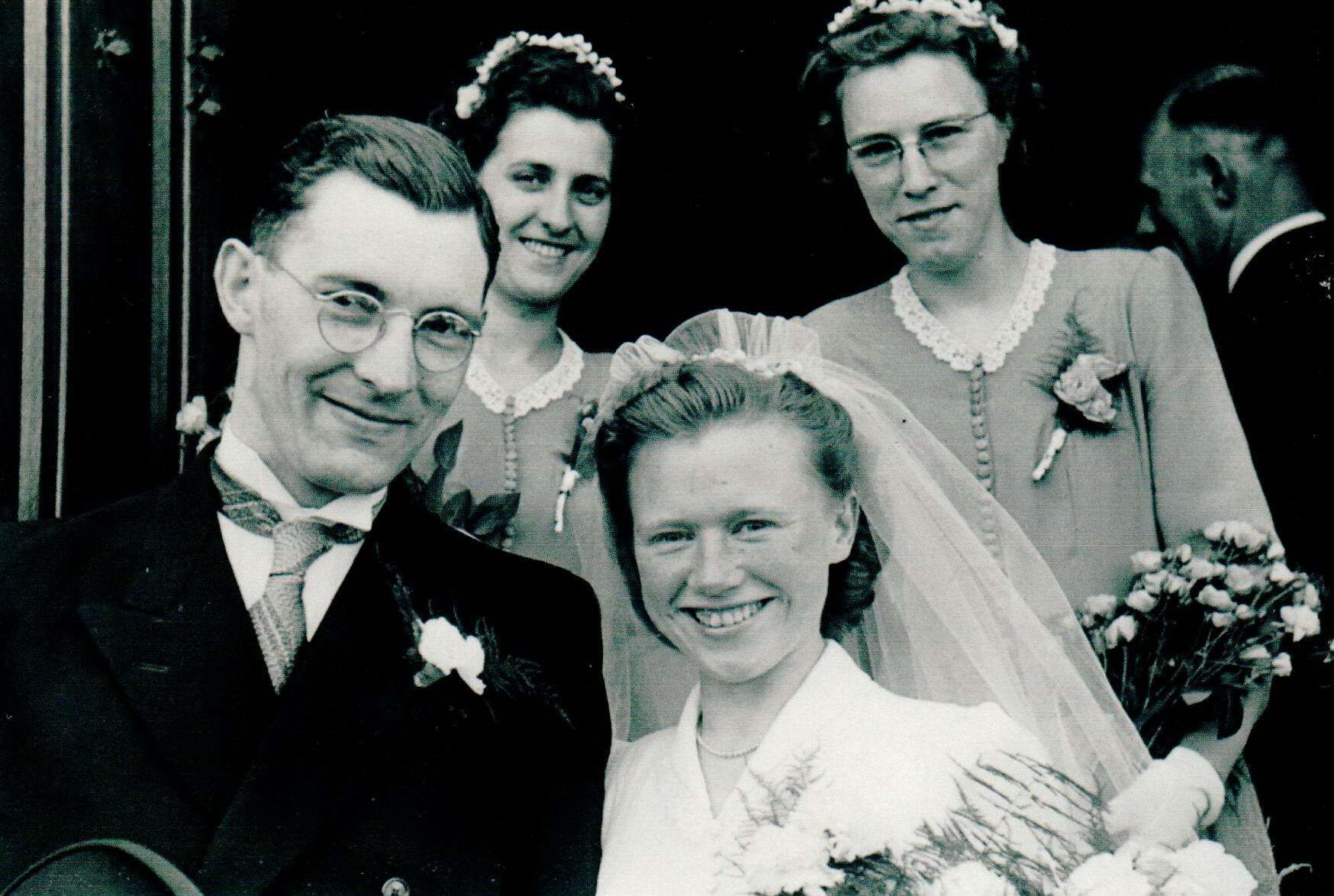 He got a job as printer in South Africa meaning the couple needed to emigrate.

He went by plane in September 1953; the journey taking three days. Maria and their four small children followed in December by ship. Everyone was seasick! They finally arrived in Cape Town where Jan was waiting.

They travelled to Johannesburg by train where Jan had rented a house and had furnished it sparsely. Their son Andre had been sick for a few days with the measles. On Christmas morning there was a knock on the door from a local doctor who had heard of their situation and who offered medical care. Could there have been a greater Christmas present?

Maria has not forgotten his kindness and care to this day.

Happily settled in South Africa, three more children were born. They were well educated in different schools that suited their personalities and interests, including music, sport and dance.

There were ups and downs – difficult times through illness, starting a printing business and the children’s years of hard study, broken hearts, happy weddings and their first grandchildren.

South Africa was by now a changed country, and when Maria’s daughter Pauline met an Australian boy who was travelling the world, there was much talk of Australia, a place sounding so peaceful and generous.

Some of the children moved there and wrote saying how happy they were. At first Jan refused to contemplate emigrating again but eventually he agreed.

They said goodbye to remaining family and friends and flew to Sydney, where they arrived in 1985 and were received with open arms – again it was a new beginning, a whole new adventure.

Eventually all came to live in Australia and the family was reunited in this wonderful, far away country.

Life goes on with its joys and sorrows. Jan died of a heart attack in November 1986.

Years later when Maria was remarried to a Dutch family friend, Cor, he tragically had a car accident and became quadriplegic while visiting South Africa for his son’s 50th birthday.

Maria went to South Africa to bring him back. Cor was admitted to hospital in Sydney, and then to many other care centres. It was terrible seeing a man as large as life, successful in business, independent and always impeccably dressed, become totally dependent on others for his care.

All avenues for cure or hope were exhausted and in 1992, he deteriorated and died with Maria at his side.

She went on to study the art of framing to precision, and took lessons in calligraphy. Maria was now 86, living independently in a unit and enjoying Tai Chi, joining in the Chinese feast days, and teaching English. 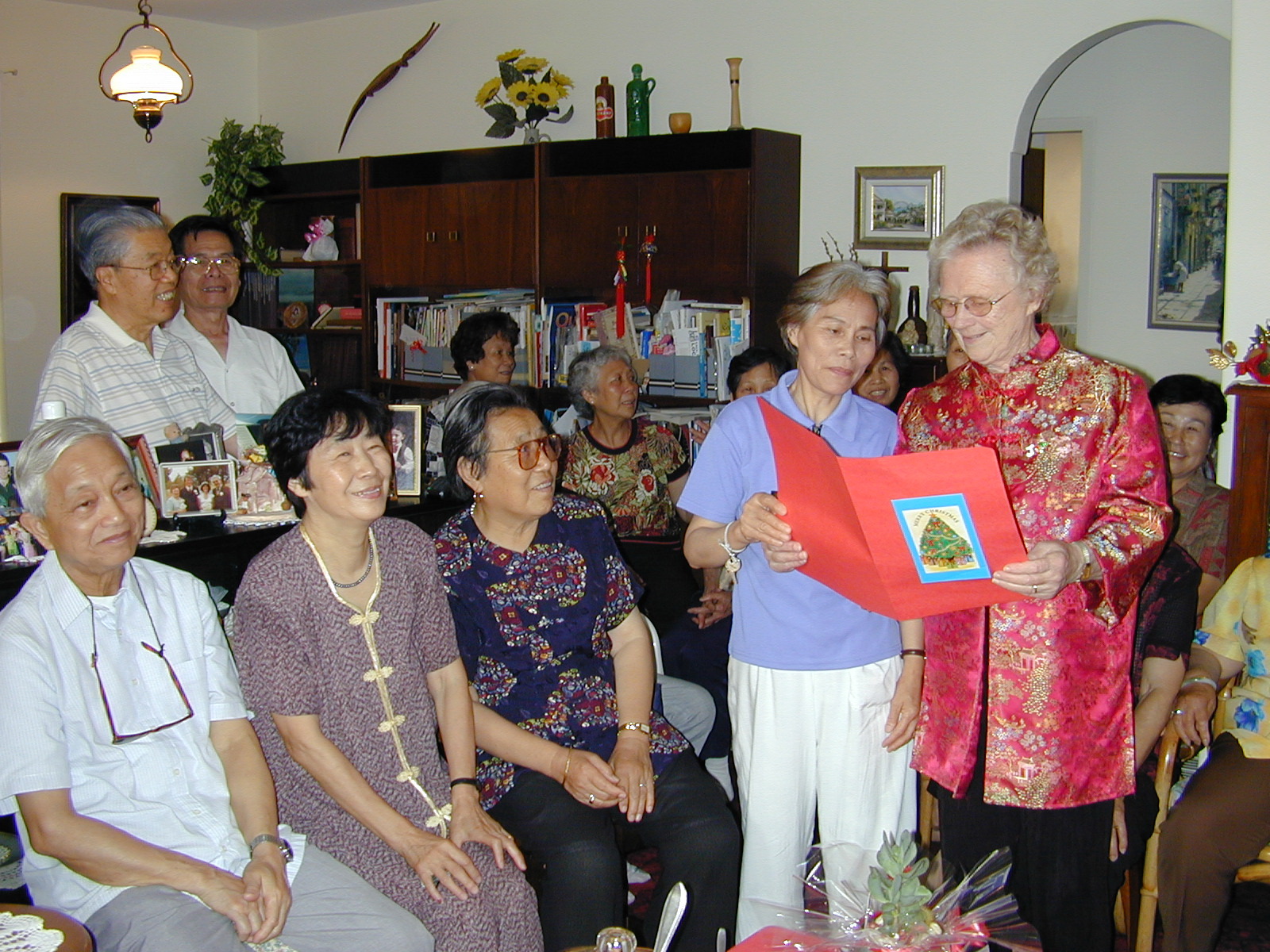 These days Maria focuses on beautiful beaded doilies making up her own pattern as she goes, especially through Covid-19, with wonderful calligraphy additions. These truly are unique. They are sold every Christmas with Lions Cakes in Hornsby Westfield and Hornsby Mall. Her work is admired by many.

Sometimes they visit their old countries, but they are all now proud Australian citizens. 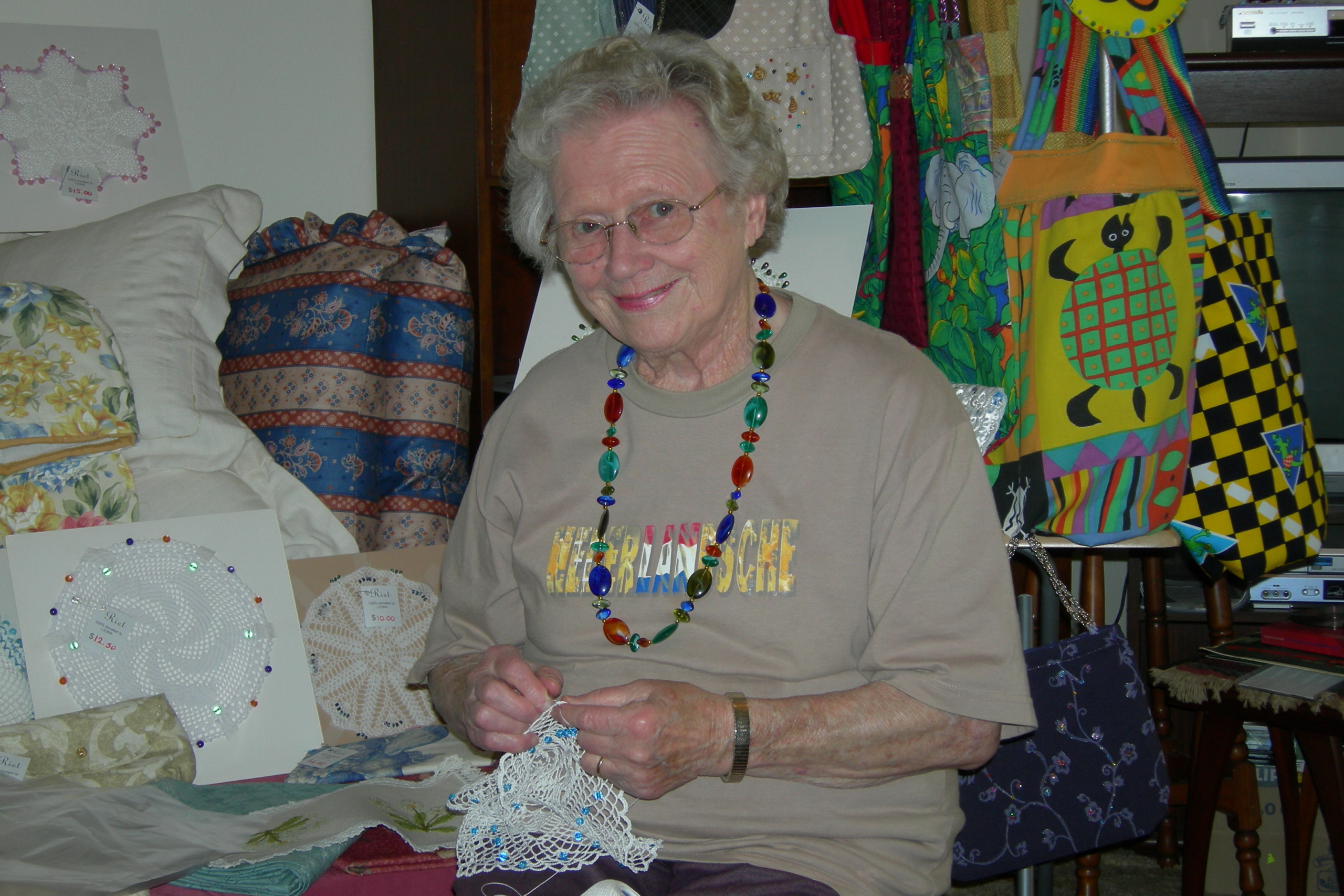 She is an avid recycler of everything possible. She loves books, poetry and music. There were many occasions of family gathered around the piano, from which most have developed wonderful skills on different instruments, excelling in pipe organ, trumpet, guitar, bugle, flute…

Gracious and elegant, always an inspiration, strongly independent, and happy to learn new technology, Maria is 101 years young and has certainly led an extraordinary life.

A trip down Lions Road
Scroll to top