Following his installation as the new President of Torquay Lions Club, Lion Colin Bellis claimed his theme of ‘Better Together’ will ensure local Lions will serve their community better, strengthen their Club, and unearth new ways to raise funds to help those in need.

“Our Leadership Team has met already to plan the next 12 months,” President Colin said.

“The idea of ‘Better Together’ will drive us throughout the year. 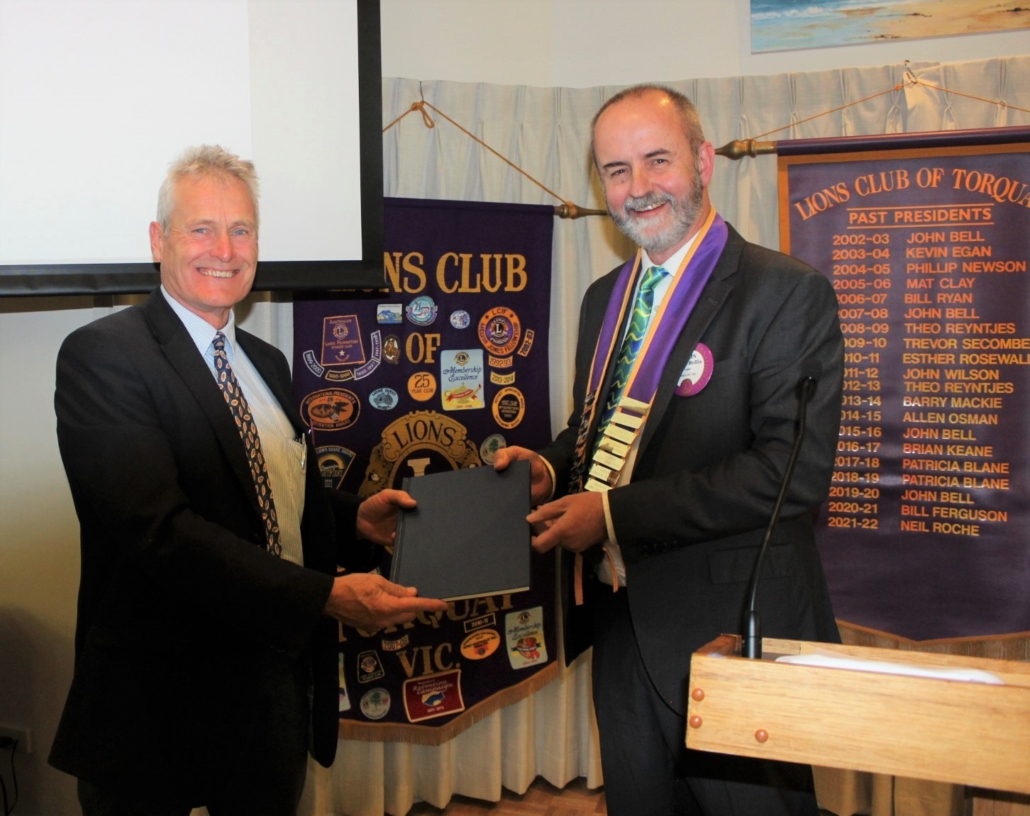 “A club which operates ‘Better Together’ will ensure our service to our community retains a very high standard, our fundraising will raise sufficient funds to meet local, national, and international needs, and we will have fun while we work”.

He was speaking after the annual changeover dinner of the Torquay Lions held at the Lions Village recently when his new executive team was installed for the next 12 months. 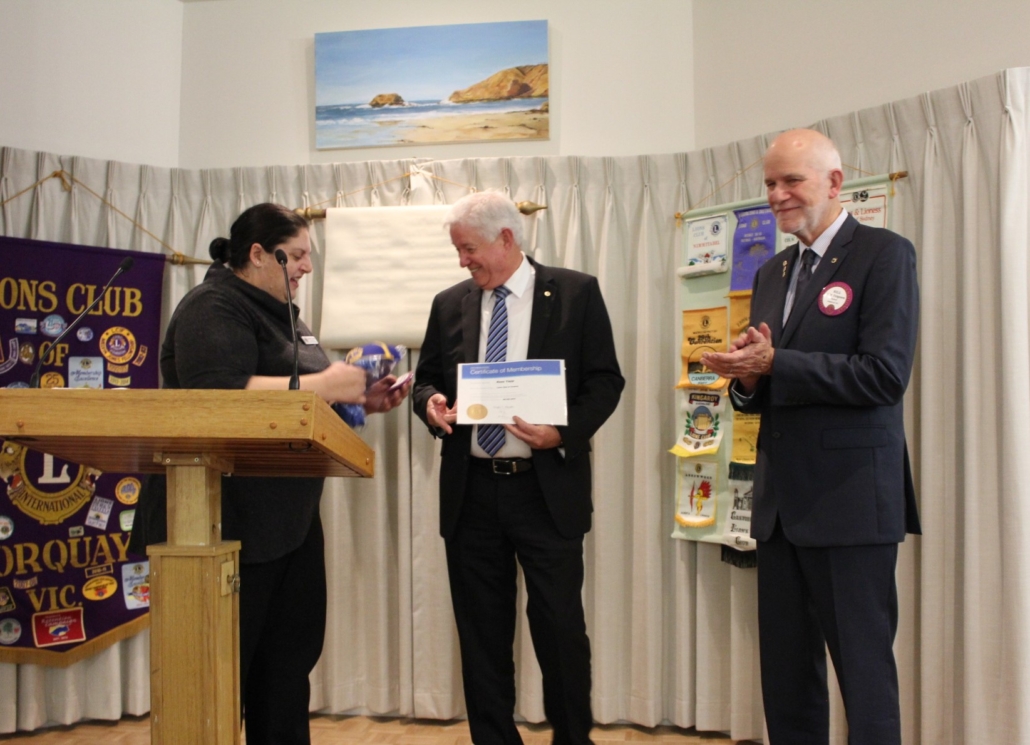 Outgoing President, Lion Neil Roche, proudly announced at the dinner that the Torquay Lions had distributed just over $54,300 to local, national and international causes during the past year. 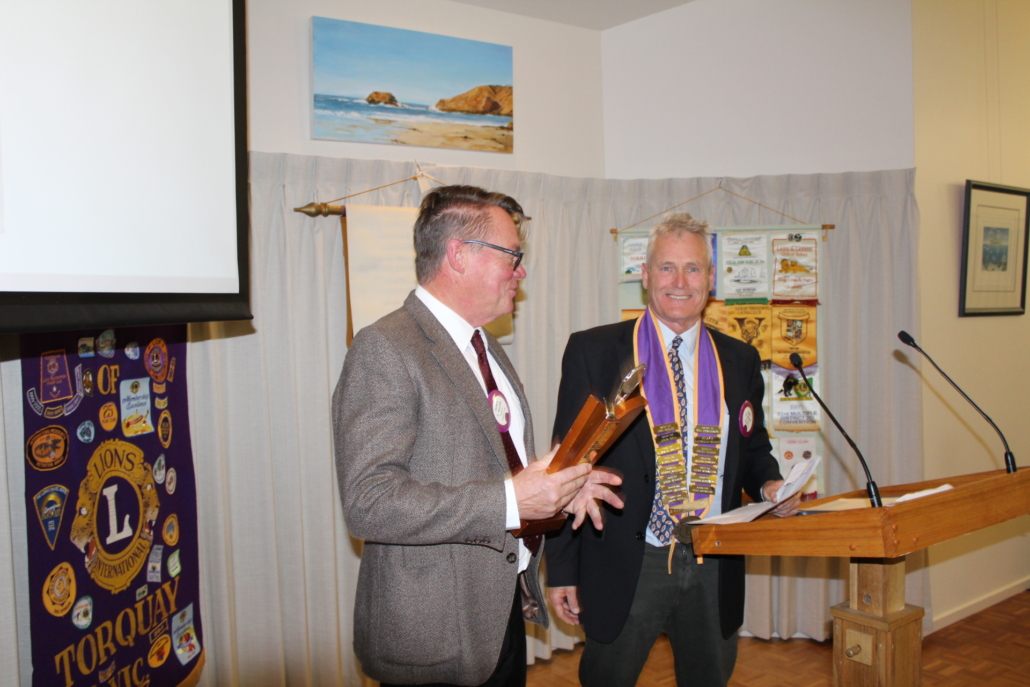 Torquay’s Lion of the Year was presented this month to Lion Tony Smith (left) for the amount of community service he did on top of his regular voluntary contribution to club activities. Outgoing President Neil Roche presented the award on behalf of the Club.

“Averaging six Lions delivering or loading each week, we supported Feed Me Surf Coast for 700 hours equating to $21,000 for the past 12 months”. 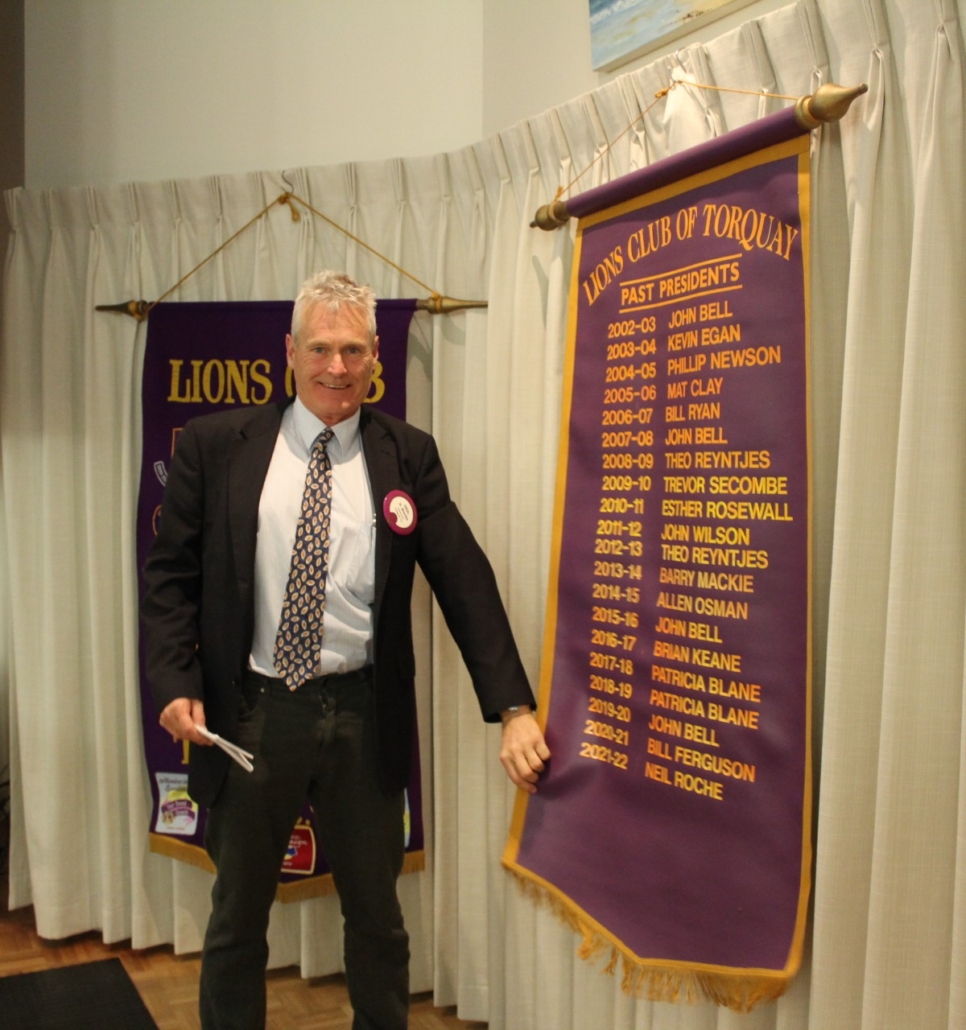 Following his year of service as President of Torquay Lions Club, Lion Neil Roche, as his last official act, unfurls the club’s honour roll of Past Presidents with his name added to the banner.

“Like many other service organisations, Torquay Lions are keen to develop our membership base. We would love to see anyone looking for local involvement with a purpose to try their hand serving the community with us,” Lion Colin pointed out.

“Most people who try out working with Lions, join us for the satisfaction they receive serving others,” he concluded.

Leada Blackie awarded Leo of the Year 2022
Scroll to top