In his 12 years as a Lion, Malcolm McEachern has been an influential member of the Lions Club of Naracoorte. Having held many positions including being the club Secretary for 3 years; helping build up the membership and morale of the club by his mentoring skills; having a seven year involvement with community event ‘Taste the Limestone Coast’; and is returning as President for a second time for the 22/23 year. He has done all this as well as two years as the zone chair, and chair for the District Convention Committee 19/20 and also 21/22. All this, done in addition to a full time management position, in a prominent Naracoorte Business. But his biggest strength is his ability to initiate and lead projects which have led to the club supporting the wider community through local business and community support.

Malcolm’s main achievement is the ‘Dollar for Doonas’ project launched initially as a result of the Victorian Bushfires, a project where community donations were matched by Mini Jumbuk for providing Bedding for all the fire victims. This was very successful, and was repeated again in 2019/20 for the South Australian Bushfire victims including those close to home affected by the Keilira Fires. The support for the second appeal was so great that the fund was changed to ‘Dollars for Tanks’ supplying water for fire fighting trucks to aid with fire fighting in South East Districts of South Australia. 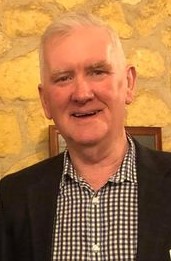