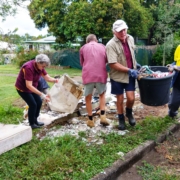 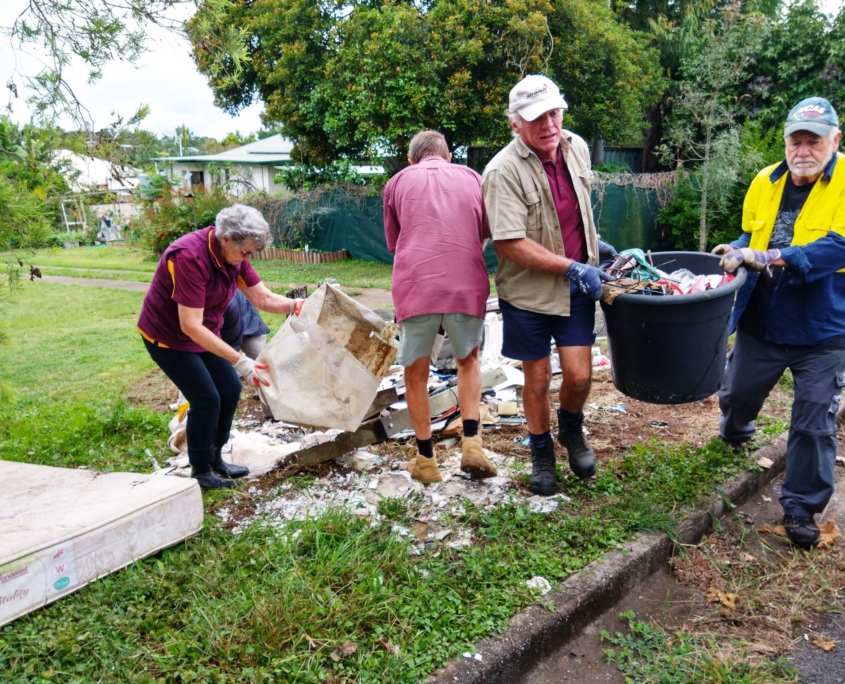 The Gympie South Lions Club have come to the rescue of a local flood victim after he was threatened with a $7,000 fine for having flood debris on his footpath.

Tom Atkinson and his partner were overlooked when council were doing their curbside debris pick up following major flooding in Gympie earlier this year, and with only two small cars (without towbars), they were unable to transport the flood debris to the tip themselves.

Flood victim Tom Atkinson was threatened with a $7k fine

After seeing the story in the local paper, members of the Lions Club of Gympie South offered to help remove the debris for them. A couple of days later, the band of heroes without capes arrived at Tom’s place, loaded the debris into a large trailer and took it to the tip.

The Gympie Council had agreed to waive the dump fees if the rubbish was dumped within the timeframe and they were true to their word.

Tom and his partner were very relieved and appreciative of the assistance from the Gympie South Lions, Senior Constable Andrew White for the loan of the trailer and some helpful friends (Tom also helped).

Many hands make light work and the job was done it no time – well done to all involved.

Local Lions Clubs continue to be on the ground in flood-affected areas and fundraising for the Australian Lions Foundation National Disaster Appeal.

Every dollar raised in the Appeal is being sent directly to local Lions Clubs to provide emergency support to those in need and help the community rebuild.