Australia has experienced major flooding for the fifth time in 19 months due to record-breaking wet weather. The wet conditions are expected to last until 2023.

As the effects of climate change induced disasters continue to devastate communities, we need volunteers now more than ever.

When disaster strikes, Lions volunteers are the first to offer support and that’s exactly what is happening as communities across Australia face flooding yet again.

Members of the Lions Club of Seymour Goulburn have been cooking meals for those who have been displaced due to the emergency while other Lions have been assisting with the flood clean up or raising money for the Australian Lions Foundation National Flood Appeal.

“Every dollar raised will be sent directly to Lions Clubs on the ground in affected communities to provide emergency support to those impacted.”

“This is why Lions is so effective in times of need. Every dollar donated goes directly to the cause and through Lions’ large network of clubs we are able to quickly identify those who require assistance and find the best and most efficient ways of supporting those people and communities.” 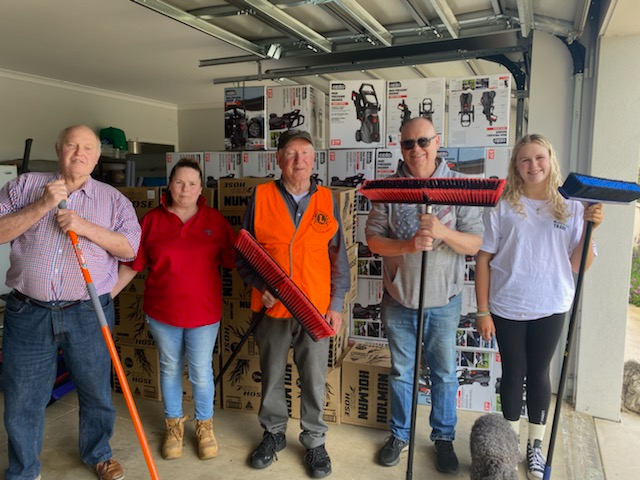 Lions based in Seymour, Shepparton, and Mooroopna loan high-pressure water blasters, hoses, power leads, brooms, and squeegees to the community to assist in the flood clean-up.

“A key focus for our clubs in recent months has been supporting flood affected communities particularly in Northern NSW. Lismore was actually the birthplace of Lions in Australia with Lismore Lions Club founded in September 1947,” adds Tony.

“We know the road to recovery is a long one after a disaster. Our volunteers are still going above and beyond to help communities rebuild after the devastating bushfires of 2019/2020 and we will see the same with flood affected communities.”

To make a donation visit https://www.givenow.com.au/australianlionsfoundation

The Australian Lions Foundation has been providing grants for disaster relief, compassionate support and community initiatives since the 1980’s.  Every year the Foundation distributes more than $1 million for projects through local Lions Clubs.

The Foundation Directors are all Lion volunteers who do not receive any income for their efforts.

A special dog to assist Australians with Diabetes