Lions Australia have appointed Deborah Hutton as their first ever ambassador to advocate for their skin cancer screening and detection programs.

The media personality praised Lions after sharing a moving account of her own skin cancer battle at the 2021 Lions Convention in Canberra, singling out their mobile screening vans in Western and South Australia.

“These projects are vital in waking up Australians to the dangers of skin cancer,” says Deborah. “It’s critically important to get your skin checked, not only for yourself but for your loved ones.”

At the Canberra Convention, Deborah set a new challenge for Lions in New South Wales and Queensland to step up their fundraising efforts for their own skin cancer screening vans.

“Australia has one of the highest rates of skin cancer in the world,” she said. “I’m calling on Lions to do more to reduce that level and its impact on families in two of our most pertinent states for skin cancer”.

With over $400,000 raised through the generosity of Lions Clubs and philanthropic donors, the van is now offering free skin check services, especially to those in rural and remote areas with limited access to specialist skin care professionals.

“These guys are amazing,” Deborah told her social media followers after inspecting the new V-Districts van on show at the convention.

As it tours around, the unit will be a valuable resource for local people to access not only the skin check, but timely information about skin care and self-checking techniques.

“The fear is not finding something,” Deborah explains. “The fear is that if you have something you can’t detect and you leave it, you’re not going to be around to tell your story – and that’s scary.”

As their first ambassador, Lions is excited for Deborah to lend her voice in raising awareness about the importance of skin checks and early detection through their skin cancer screening programs.

You can find out more about the program here. 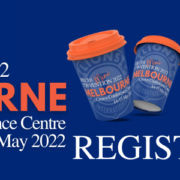 When the smoke clears, Lions are still there
Scroll to top