Does your Lions club pass the diversity/inclusion test? Tony Fawcett meets a Lion hellbent on changing the way others think of us

Is your Lions club diverse and inclusive?

Do your members all basically look alike, think alike and act alike?

Do you welcome varying opinions?

Or maybe you sit on your hands, run with the status quo, stick with what you know and are comfortable with?

These are the sort of questions Alex Coates has been posing a lot recently.

You see in a Lions first, Alex, President of South Australia’s Lions Club of Salisbury and a GMT team member, has been appointed by C1 District to serve as a Diversity and Inclusion Officer.

His appointment follows the pioneering move by that district in ratifying a diversity statement, a diversity policy and diversity bylaws.

It’s believed to be a first for an Australian Lions district and follows the defeat earlier this year of a proposal by the MD201 Council of Governors at the Convention in Canberra for a national diversity policy.

That proposal failed largely because some voters believe clubs already demonstrate sound diversity and inclusion practices, spelled out in the National Code of Conduct.

For his part, Alex believes the diversity/inclusion message still needs to be spread wider, promoted in the wider community.

His C1 brief is to encourage diversity while reaching out to groups unrepresented in Lions.

While to some it might sound like Big Brother is watching, Alex assures there is no heavy handedness in C1’s new policies.

He believes Lions is already “quite diverse in parts” yet, feels members and clubs can benefit from an awareness of what more can be done.

“It’s just about spreading the message that if your club can embrace diversity and inclusion it would be a good thing,” he says. “I guess it’s about going through club by club and making sure people have got the information.” 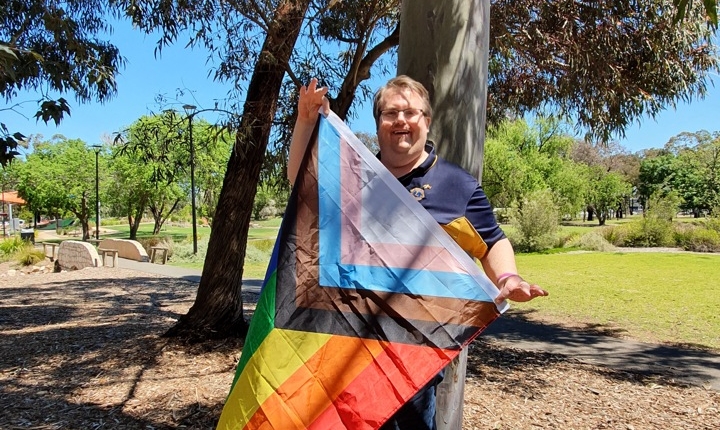 Club independence is always paramount, he says, adding that Lions should not “feel obligated to go out and recruit people that absolutely meet different demographics, purely so they can tick a box.”

Diversity and inclusion involve far more than seeking members of a multi-cultural background, he contends.

“It could be someone with a learning or intellectual disability but who has the ability to serve. It could be someone from the LGBTIQA+ community. Yeah, it could be a whole lot of people who might look at Lions clubs and say it’s ‘just a load of old white men’ when in reality it’s not.”

Making Lions clubs more publicly visible as being inclusive should be an aim, he contends.

“I certainly believe you can’t be what you can’t see. If you’re someone out there who is a culturally diverse person and you buy a sausage at a barbecue where no-one is culturally diverse, then I guess you may think ‘maybe that’s not for me and I won’t look into that’.”

“Whereas if there is somebody (culturally diverse like you) then you might think ‘oh, okay, clearly it’s an organisation that is welcoming to everybody so maybe I’ll look into it more’.” 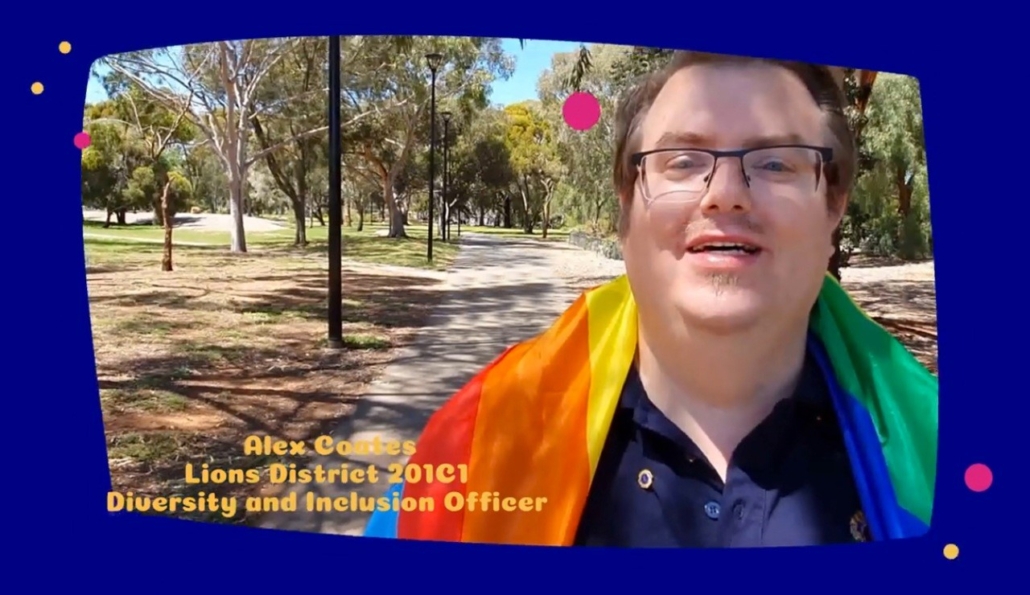 Alex is well credentialed for such a role.
A community liaison officer for South Australian and federal governments since 2005 and a former deputy mayor of the City of Salisbury, he has been passionately involved in community affairs since school days. Currently undertaking two post-graduate studies, he is involved with about 10 community organisations and admits his life is happily hectic. Born in Greenwich, London, he has lived in Adelaide since he moved there with his parents when 13.

Keenly involved in the Rainbow movement and the lesbian, gay, bisexual, transgender, intersex, queer/questioning, asexual (LGBTIQA+) community, particularly in the areas of diversity and mental health, he facilitated Rainbow movement Lions and others taking part in the 2021 Adelaide Pride march.

To his great disappointment, the march was cancelled due to Covid restrictions. It would have been the first time South Australian Lions were officially allowed to bear the association logo in such a march, highlighting the fact “Lions is a diverse organisation accepting of all”.

As a compromise, District C1 joined with other organisations in producing videos of support, which were played at a live event and online.
Notably, C1’s video contribution was the only one coming from a service club.

We, the members of the Lions Club of Salisbury respect and acknowledge the diverse community we serve including the traditional owners, the Kaurna people, Salisbury residents from across the world and those born in this country.

We also respect and acknowledge community members with other differences including but not limited to differences of ability, belief, gender identity, outlook and sexuality.

We agree to treat everyone equally with kindness and through our service improve our community.