Lions Clubs are an essential part of the fabric of every Australian community, and our clubs are lucky to have the support of their Districts as well as a strong, national support structure – the Multiple District.
Two key assets to our organisation are strong legal, constitutional and policy advice, and a well-developed and cost-effective insurance program.
These portfolios are led by skilled, professional and highly committed Lions, our Legal Officer David Skinner OAM and our insurance consultant, Bob Korotcoff OAM.
This webinar will provide an insight into the roles of these officers and their commentary on the key issues facing our Association going into the future.
It is an essential webinar for practicing lawyers and insurance professionals within our Association, as well as others Lions with a strong interest in this area.

After registering, you will receive a confirmation email containing information about joining the webinar. 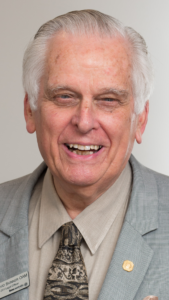 David Skinner was admitted to practice as a Solicitor in 1967 and is the Senior Partner in his firm based in Albury and supported by a Branch office in Culcairn.  He has considerable experience in Commerce, Estate Planning, Conveyancing and Probate.

Following his term as National Chairman of Lions Australia, he was appointed the National Legal Officer with effect from the 1st July 2000 and continues in that role.

His service to our organisation has been recognised by the receipt of many awards including he Ambassador of Goodwill – the highest award which can be presented by the International Association of Lions Clubs. 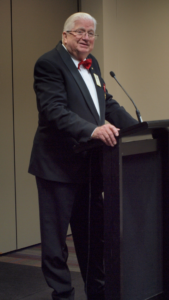 Being involved in the Insurance Industry for over 65 years and with a long history in Lions behind him, Bob is currently a member of Edwardstown Lions Club.
Bob joined Cairns (Barrier Reef) Lions Club in 1962, transferred to Townsville (Host) in 1964 and Brighton SA in 1974 serving in all club positions and many MD roles during that time including District Governor, and MD Sergeant at Arms.
In 1977, Bob was part of a Special MD Committee formed to review the insurance needs of Lions in Australia and has been involved in this Area since that date. He became the Lions Australia Insurance Programme Consultant in the early 90s and still occupies that role. His travels have seen him attend many District, National & International Conventions.
Away from Lions, Bob and his wife Erica have enjoyed many overseas & cruising holidays. They enjoy being a part of the Port Adelaide Cruise Ship Meet & Greet Programme and are regular Emergency Puppy Boarders for the Royal Society for the Blind. He was awarded an Order of Australia Medal (OAM) in 2020.

75th Anniversary of Lions in Australia